Workplace Sexual Harassment is Against the Law

Now, that has got to be one of the most simple and straightforward statements that a lawyer has ever made. In British Columbia, one of our provincial laws is the BC Human Rights Code. Section 13 of the Human Rights Code states that discrimination at work based on sex (among other things) is not allowed. This makes sexual harassment at work against the law.

The basic elements of the legal definition of workplace sexual harassment in BC are also not under debate. The elements were established by the Supreme Court of Canada in 1989 in a case called Janzen v. Platy Enterprises Ltd., [1989] 1 SCR 1252, as follows:

Sexual harassment in the workplace is unwelcome conduct of a sexual nature that detrimentally affects the work environment or leads to adverse job‑related consequences for the victims of the harassment.

Conduct of a Sexual Nature

Sexual harassment takes place in many forms and can include everything from comments, emails, texts or sexual jokes to sexual propositions, persistent romantic pursuit, sexual touching or assaults.

Workplace sexual harassment has a negative impact on the victim. The negative impact can take many forms, from embarrassment and humiliation, to termination of employment, or differential treatment at work.

What to do about Workplace Sexual Harassment

If you are an employer, and you don't have a policy dealing with sexual harassment, you should speak to an employment lawyer (like me) about putting one in place. A policy including an internal harassment complaint process gives employers the chance to address these issues quickly and internally, rather than employees having to resort to complaints to the BC Human Rights Tribunal.

This blog is not intended to serve as legal advice, and only provides general information.

Every situation must be considered on its own facts. Need legal advice? Contact me [email protected]ca. 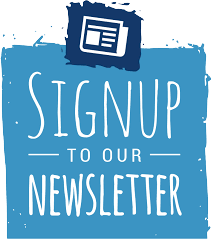 Follow our blog posts to get the latest news
on BC employment law and workplace human rights!